Why Agnostic Technology Is Crucial In Modern Retail 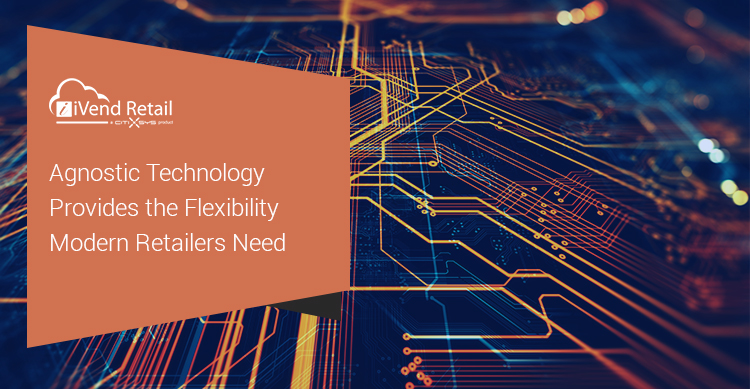 During times of retail industry change, the use of agnostic technology is particularly important to provide the flexibility companies need.

I’ve heard many buzzwords thrown about retail in recent years as the digital revolution has taken hold of the industry, but one I’m particularly keen on at present is the term “agnostic technology”.

My view is that agnostic technology isn’t just a buzzword – it’s a fundamental mind-shift you should be taking as suppliers to the retail industry. It’s also an approach to technology investment you need to be encouraging your retail customers to adopt.

Basically, it’s the idea that there’s no one size fits all when it comes to retail IT infrastructure, and that your technology needs to be agile enough to seamlessly integrate with SAP for retail and other ERP systems.

To meet retailers’ needs for agile development and fast evolution, rather than the old-school approach of ‘rip and replace’ which can be hugely disruptive to business operations, you have to supply the appropriate technology.

What Are Retailers Demanding?

All retailers are going through a digital transformation, which effectively means the shift from a traditional store-based operating model reliant on one core retail system to an omnichannel network of shops, online platforms and third-party selling partnerships.

Even online fashion house ASOS, which has a solely digital presence and was only founded this century, is preparing for what it describes as its ‘digital transformation’ in 2018 – that’s indicative of how fast retailers are evolving.

For such an evolution to be successful, retailers are calling for their Sage 300cloud ERP integration process – or their integration with other key retail systems – to be aided by flexible and open API technology.

Whether it’s a mobile point-of-sale system (MPoS), a loyalty scheme or an analytics package that will help them serve their customers better, they want the technology to be easy to integrate and they don’t want to be restricted by choice.

To ensure this migration from the old to the new retail is completed as smoothly as possible, we as suppliers need to work together, we need to talk to each other and, most importantly, we need to create technology fit for the modern enterprise.

Since the advent of online retail, many businesses have run ecommerce and stores separately – but it is no longer acceptable. Retailers are getting the message that their customers do not distinguish between the different channels through which items can be purchased.

You can be sure that when Amazon moves more quickly into the physical store space, as it will do following its recent acquisition of Whole Foods, it will operate its outlets with a digital mindset. And that’s because shoppers don’t see channels, they just see brands – and expect to seamlessly engage with a brand on whatever device or in whichever capacity they choose.

We as suppliers can help them on this journey by devising products and solutions that don’t distinguish between the channels. Of course, things like MPoS will be store-centric, but they need to be designed in a way that they can plug into and link up with a variety of other solutions – not just SAP for retail and other core systems.

Agnostic technology is not only retail’s future requirement, it’s the industry’s here and now. It’s time for the vendor community to position itself accordingly.