Which European fashion markets have the most potential

By Richard Kolodynski In Mobile Point of Sale, Omnichannel

There is one word is on most of Europe’s lips at the moment – and that word is football. We’re in the midst of the 2016 European Football Championships, and it’s becoming clear which are the strongest countries across the continent in the sporting realm. But how do these regions compare when it comes to fashion retail?

iVend Retail has put together a snapshot of fashion fortunes in 5 of Europe’s biggest retail markets, to help companies decide which markets hold the greatest growth opportunities.

Some of France’s biggest fashion players are expanding their horizons – for example, La Redoute just announced its launch in China, in partnership with Chinese ecommerce provider, Azoya. Offline, meanwhile, French fashion house ba&sh is opening its first store in Dubai.

This may be partly in response to difficult economic conditions in the domestic market. In March, French unemployment reached record levels, while there have been recent strikes by rail workers, oil workers and the airline industry over government labour market reforms.

Although there was a slight retail sales blip in April, Germany’s strong consumer sentiment and 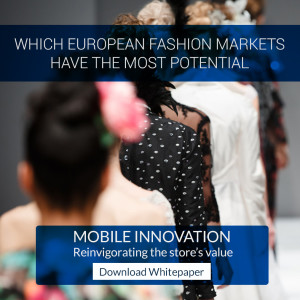 buoyant labour market is making it an attractive proposition for fashion brands.

The country is already attracting interest from overseas retailers; British womenswear firm Hobbs will launch its clothing in German department stores this year, having already established a strong ecommerce platform in the market. Another UK brand, Joules, has also attributed a recent rise in revenues in part to its popularity in Germany.

The European luxury goods sector is worth almost $83 billion, and the spiritual home of this segment is Italy. The good news for retailers trading in Italy is that margins are rising; fashion companies experienced a 5.8% increase last year, with the top 15 fashion groups increasing their turnover by 5.6%.

However, those considering the market may wish to proceed with caution, as poor weather has contributed to falling sales in the 4 months to May 2016.

Spain’s flagship fashion company, Inditex, has been spreading its wings even further this year, opening online stores for its Uterqüe brand in Romania, Poland and Italy. It needs to keep an eye on its domestic operation, though, as other fast fashion brands such as Primark are aggressively targeting Inditex’s home soil.

For fashion retailers looking into the Spanish market, there has been steady sales growth throughout the year, and tourist spending is also up – an opportunity that will peak over the next 3 months.

The UK fashion retail market is highly competitive, but there is still a significant opportunity for fashion companies with a strong go-to-market proposition; 5 of the top 10 fastest growing UK retail companies are from fashion, according to Retail Week.

UK shoppers are also among the bigger spenders in Europe currently. Retail sales surged in both April and May, despite uncertainty over the EU referendum causing a dip in consumer confidence.

For fashion brands looking to explore new markets, iVend Retail’s omnichannel technologies can help you understand and interact more deeply with your target customer base. Visit our solution page to find out more about our online and in-store product range.