With retailers targeting customer centricity and personalisation to better understand shopper needs, we at iVend Retail took it upon ourselves to offer a helping hand by identifying the key consumer traits of nine different nations – and the results were fascinating.

South Africa proved to be an intriguing retail nation, with the country’s consumers the most likely to have left a store empty-handed in the past because they couldn’t find what they were looking for – they were also the most likely to use in-store kiosks and engage in social shopping. 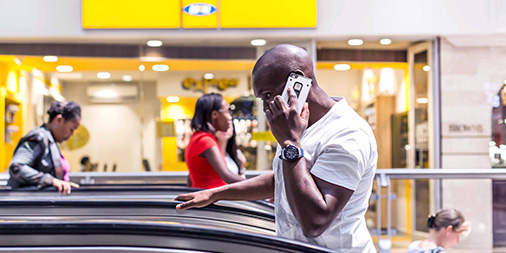 So, what does this mean? It would be too simplistic to suggest that the high numbers of South African shoppers walking out of stores without the product they want is simply due to lack of kiosks and limited social presence at their chosen retailers, but there is a good chance it is having an impact.

The iVend Retail research certainly underscores the importance of retailers adapting their business processes to provide sought-after customer experiences. In South Africa’s case, it appears shoppers would benefit from retail chains making information available via self-serve kiosks or sales associates using mobile point of sale tablets to guide them on their way to a purchase.

There’s lots of change going on in South Africa and there is a real opportunity for retailers in the country to capitalise on the wave of optimism washing over the nation due to events in the political landscape in recent months.

Cyril Ramaphosa won the presidency from Jacob Zuma, and has started his tenure with promises to boost the nation’s economy. One of the country’s largest retailers, Shoprite, has already talked up the sector’s prospects in the aftermath of the new regime coming in, following strong financial results and what it described as a favourable consumer outlook.

There’s a feel good factor in South Africa that retailers stand to benefit from if they get their operating models right, and keep close to their target consumers. According to our survey, implementing in-store technology will gain favour, as will interaction with shoppers on social media as part of an omnichannel retail approach.

From the research it’s clear shoppers across the globe are growing increasingly inquisitive, with 84% of the 2,250 people we questioned saying they have browsed in a store before making a purchase online. That figure jumped to 91% when we asked who had researched products online prior to buying in a store.

Interestingly, consumers in South Africa were the most likely to engage in social shopping – 79% to be precise – with the most likely reason being so they could see what other people had said about the product in question. This behaviour suggests retailers need visibility of what shoppers are saying about them on all channels.

All of these interactions we’ve discussed make up the modern path to purchase, which our research shows differs considerably depending on where in the world you are. But in South Africa – as is common in our other focus countries of Australia, Canada, Germany, Mexico, the Philippines, UAE, UK and US – virtually every step of the modern shopping journey is linked to technology in some way.

It’s always iVend Retail’s aim to help retailers get to know their customers better – we do that with our retail management suite that includes point of sale, loyalty and analytics solutions – but this study neatly shines a light on what is motivating today’s hard-to-predict consumer, country by country.

We’ve told you what consumers want from their purchase journey, but our Reporting & Analytics tools can give you even more business insights – get in touch with us today for a free demo