Are your customer engagement strategies ready for Gen Z?

At a time where customer understanding is fundamental to success, there is one consumer group that confounds – and in some cases, scares – retailers. Generation Z: digital natives, who behave like none of their predecessors.

What began as a general term to describe those born in the mainstream internet era, Generation Z now defines a sophisticated, tech-savvy group aged 21-years and under. They have grown up surrounded by digital devices, and this has directly impacted the way they interact with each other, and the wider world.

Given that most of Gen Z are still teenagers or younger, retailers might be forgiven for pushing their needs to the back of the priority list. However, the truth is that this group is only going to grow more powerful – according to CMO.com, Gen Z will account for 40% of all consumers by 2020 – and to wait until they are fully fledged adults will be acting too late.

So, what does the retail industry need to know about Gen Z, in order to build stronger relationships with this relatively unfamiliar demographic? 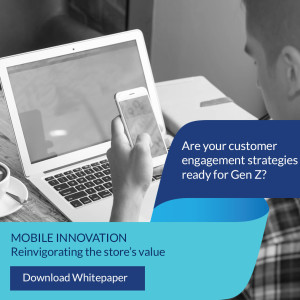 For starters, they’re glued to their mobile devices. They were given their first smartphone at a much earlier age than even Millennials, and it has become the technology through which they live their lives. This can be seen in the way Gen Z will sit in a room with friends, messaging them via WhatsApp, or map out their daily routine through images on social media.

Indeed, one fashion retailer has given anecdotal evidence of a rise in two-piece outfit sales among teenagers, as this gives them the ability to ‘mix and match’ – much better for creating different looks across multiple selfies than dresses or playsuits.

This intuitive use of mobile makes it a real imperative for retailers to bring digital capabilities into the store. In an interview with Retail Week magazine, Guy Smith, head of design at Arcadia, noted that Gen Z “use tech in the same way they might switch on a light, because they’ve grown up with it”.

In real terms, this means two things. Firstly, omnichannel and pure play retailers need to optimize their ecommerce platform. Websites need to be responsive for mobiles and tablets as well as desktop (a channel used much less frequently among Gen Z than other demographics). Apps need to be slick and easy-to-use. Offering free Wi-Fi in-store is a must.

More than anything, with such a short attention span audience, information must be immediate. This doesn’t just refer to load speeds; if they enter a store and have to ask a sales associate for support (something which they don’t want to do, because they tend to be much more considered in their online research before committing to buy), that associate must have access to information at the shelf edge.

Without technology such as mobile POS, by the time the member of staff has ‘gone out to the back’ to look something up, the Gen Z shopper will have used their mobile device to get the answer from another retailer, and disappeared to their store instead.

And while these may sound like the actions of a consumer group that is incredibly confident and self-assured, the truth is that growing up in a world of virtual information sharing has made Gen Z fairly insecure. They constantly seek reassurance, whether that’s through online reviews, social media, or their peers.

This is a great opportunity for progressive retail brands to add authority to the buying journey, by providing the encouragement needed to convert more Gen Z sales. This could mean bringing up user reviews on tablet devices in-store, or encouraging loyal customers to share their experiences with potential buyers through social channels.

We’re still learning about how the first generation of shoppers born with ecommerce running through their veins interacts with omnichannel retail offerings, and the way our industry uses omnichannel technology with Gen Z is likely to become much more sophisticated over the next five years.

Retailers have the choice to come with us now and enjoy the ride, or face a very fast game of catch up further down the line.