By Paula In eCommerce, VAR

Value-added resellers (VAR) in the retail space need to be talking a language comprising bricks and clicks if they are to continue expanding their businesses and supporting their customers’ growth strategies. 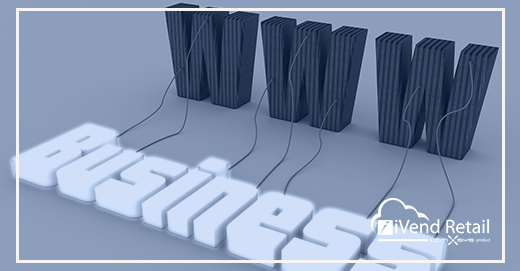 With the rapid rise of eCommerce in the last ten years, it’s clear most retailers are thinking about more than how technology can improve their stores when they invest in new solutions. Consequently, VARs who still think in siloed channels when it comes to retail technology are missing a trick.

Here are the ten reasons why VARs are losing business by not selling technology with an eCommerce solution:

In the raft of retailer results and strategy announcements we’ve seen as summer turns into autumn, there have been multiple references to the need to adopt a bricks and clicks strategy.

From Oasis, Next and Kingfisher in the UK, to Neiman Marcus and Nike in the US, and Ahold Delhaize in Europe, retailers are developing their propositions for both a digital and physical environment – and they are looking for the best solutions to make this as easy and profitable process as possible.

It works both ways, of course. There are multiple online-first retailers, including Amazon, Boden, Missguided, and Gwyneth Paltrow’s company Goop, that are opening stores. As they make the move into bricks, they will want their eCommerce solution to integrate with the stores – they will probably expect that it does.

Click & collect, or BOPIS as it is known in some territories, is growing in demand which shows the need for retailers to link up online and digital channels with an appropriate eCommerce solution. The service is selected for over a third of orders made on multichannel retail websites in the UK, and around 10% for all online orders, according to trade body IMRG.

Once the preserve of the CIO, technology investment is increasingly dictated by marketing and eCommerce teams, research from Martec International states, so it’s important VARs have the solutions that appeal to multiple departments.

The eCommerce Market Continues to Grow

It is eCommerce, where the fastest growth is coming from. According to eMarketer, in 2017 retail eCommerce sales worldwide reached $2.30 trillion, which represented a 24.8% increase year on year. And total retail sales last year reached $22.64 trillion – at the slower growth rate of 5.8%.

Another reason VARs are losing business by not selling an eCommerce solution is because online retail is growing in developing regions too – not just the mature US and UK markets.

The eMarketer research shows that in the emerging digital markets of central and eastern Europe, as well as parts of south-east Asia, eCommerce accounted for less than 5% of retail sales – but was still a growing part of the mix. Latin America and the Middle East and Africa showed similar patterns.

Retailers’ horizons are being broadened, and more players in the industry are seeing themselves as international organisations thanks to the use of eCommerce.

Stats from eMarketer show an improving export business, higher employment and wages, as well as rising eCommerce and cross-border sales across Asia-Pacific, North America and Western Europe were all factors in driving retail spending last year.

One Single View of Operations Required

The more retailers expand their digital footprint, the more they need one view of operations across channels to ensure they can keep control of their business. They require a suitable omnichannel or eCommerce solution to do this.

Limiting Your Own Incremental Growth

The ninth reason VARs are losing business by not offering retail customers an eCommerce solution is that it rules them out of the mix as and when their customers want to grow. The typical route for store-only retailers is to go online eventually, and they’ll need technology that enables them to upgrade easily when that decision is made.

Finally, a back story to this all, is retailers are looking to work with suppliers that understand the industry’s issues; they are seeking omnichannel experts which can offer an eCommerce solution that neatly fits with, and joins together, their other channels.

In this time of transformation for the industry, more retailers want to get up to speed and ensure they are selling on all the relevant channels for their customer base. VARs can make their lives easier by selling in omnichannel technology fit for that environment to become a core, long-term partner for retailers navigating their path in the new world.

If you’re a VAR targeting the retail industry, book an iVend Retail demo today to see how our eCommerce solution can drive incremental growth for your business – and success for your customers.

Senior Vice President of Sales for Asia Pacific and the Americas, for CitiXsys, Paula Da Silva has more than 10 years’ experience in the retail industry associated with delivering innovative software solutions to mid and large sized retailers. Known for her strong track record of operational excellence and managing a global ecosystem of technology partners, Paula has been instrumental in building the iVend Retail into a global market leader in the retail industry and plays a major role in the Company’s overall performance.